The Russian authorities announced this Sunday that as of August 9, flights with the Dominican Republic will resume, which were interrupted by the coronavirus pandemic.

Air communication between the two nations will be reestablished by the following routes: Moscow-Punta Cana, Moscow-La Romana and Moscow-Puerto Plata. In particular, Azur Air, Russia’s largest charter airline, plans to fly to La-Romana airport three times a week, details the TASS agency. In parallel, flights to the capitals of Bahrain (Manama) and Moldova (Kishinev) will resume.

In addition, Russian airlines were allowed to charter flights to the Egyptian tourist cities of Sharm el-Sheikh Y Hurghada. In the same way, the national airline of the Arab country, EgyptAir, will also resume flights between the Russian capital and Egyptian resorts starting this Monday.

In the case of the Arab country, the suspension of flights between the tourist centers and Russia had been in force since in 2015, an A321 plane that covered the route between Sharm el Sheikh and Saint Petersburg crashed in the Sinai Peninsula after exploding a bomb on board. The Sinai branch of the Islamic State of Iraq and the Levant terrorist group took responsibility for the attack, which cost the lives of 224 people. As security measures were tightened at Cairo airport, Russia restarted flights between Moscow and the Egyptian capital in 2018. Meanwhile, Russia has already reestablished the air connection with a total of 50 countries. 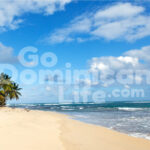 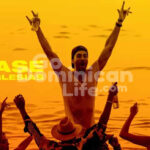