The second place was obtained by Kieran McPherson from New Zealand, followed by the Mexican Francisco Serrano, while, in women, the first and second place awards were reached by Valentina Carvallo and Brandi Swicegood, from Chile and the United States, respectively.

Likewise, Hamlet Burgos from the Dominican Republic, won first place in the “Relay” category, in the “Female Sprint Overall”, Lizbeth Maón, while in “Sprint Duathlon” it was, Donal Casso, and “Tri Male Xterra ”, Eddier Godinez.

The conclave had the participation of the United States, Costa Rica, Chile, Ecuador, Mexico, New Zealand, Brazil, France, among others.

The off road Triathlon in the Sprint & XTERRA distances involved 1500mt of swimming in open water, 15KM of mountain biking and 10k of pedestrian running.

The event was sponsored by the Ministry of Tourism and took place on Saturday 4 of this month, with the development of “Races on trails”, male and female 21K, 10K and 5K, while, on Sunday 5, the resistance of His competitors manifested themselves at their finest in triathlon. 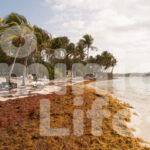 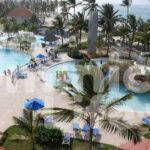 Progressive increase in hotel occupancy in the DR: almost 65% in August