Russian tourism has returned strongly to the Dominican Republic, after the opening of flights. Now it is the airline Aeroflot that has requested to operate three weekly flights to Punta Cana from Moscow, according to the Civil Aviation Board (JAC).

The flights would be carried out on Wednesdays, Fridays and Sundays in Airbus A359 type aircraft with capacity for 316 seats.

The board issued a statement in which it assured that Aeroflot has shown a “growing interest” in flying to the country, after the resumption of flights between the two countries, affected by the pandemic.

“These data indicate that the Dominican Republic is the number one destination chosen by Russians to vacation in the Caribbean,” added the information.

The Russian market became the third most important for the Dominican Republic and the first in Europe in the three years prior to the coronavirus crisis.

The Civil Aviation Board also highlighted that the German airline Cóndor will expand its operations in the country, starting in October, with the Düsseldorf-Punta Cana route.

This air operator will start operations in Boeing 737-300 aircraft with an approximate capacity of 259 seats and will have a frequency of flights of once a week, and projects an offer of around 26,936 seats in the first year.

Likewise, the American Spirit Airlines will include in its operations the Miami-Santo Domingo route, with a daily flight on Airbus A320 aircraft, with a capacity of 145 to 228 seats, offering this market an average of 136,145 seats for the first year. 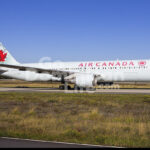 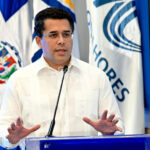