The Minister of Tourism, David Collado, reported that the United States improved the level of travel alert to the Dominican Republic, reducing it to level 2 in Covid 19, which places the country as the least risky country in the region. from the Caribbean.

Collado thanked all the authorities of the Ministry of Tourism, the Tourism Cabinet and the Health Cabinet, who have been working together in favor of the recovery of this sector and reaffirming their commitment to the development of the country.

The United States page was updated this Tuesday afternoon, rating the trips at the same alert level that it had before the pandemic was announced.

Level two is considered by the American country as the level at which you can travel safely, taking care to always maintain all the precautionary measures.

“We continue to advance, and we will not stop watching over and taking care that each and every one of the security protocols that we have followed up to now are maintained. This is a sign that tourism in our country has been complying with due process and taking the corresponding actions in the correct way ”, concluded Collado in a press release issued by the entity.

According to the statement, the Dominican Republic is the only country in the Western Hemisphere that presents the application of level two throughout its national territory, which implies that travelers must “exercise greater caution” in relation to the health situation. The rest of the countries in the hemisphere are classified as level three and level four.

During the pandemic, the Department of State has given greater weight to the sanitary criteria used by the Centers for Disease Control (CDC) of the United States to evaluate the performance of the countries in the control of the pandemic of COVID-19. Last year, the country was briefly placed at level 4, the highest, and which discouraged all travel to the country.

The embassy explained that in the CDC alert system, the Dominican Republic is also the only country in the Western Hemisphere whose alert level is “level 2: moderate”, unlike the rest of the countries that are at “level 3 : high” or “level 4: very high”.

He added that throughout the world, the Disease Control Centers identify only 17 other countries or territories with the same moderate level, in terms of control of the epidemiological situation and vaccination processes, among which are Singapore, Korea South, the Czech Republic and Slovakia.

Ambassador Sonia Guzmán welcomed the change in the classification, noting that “it shows that the Dominican Republic has done its homework and has achieved levels of control of the pandemic that stand out not only in our hemisphere, but also in the world.”

“Our country is shown as a safe destination for American visitors, with health controls that work and with excellent prospects for economic recovery,” he said. 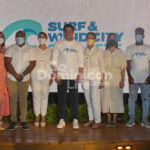