Santo Domingo, RD._ President Luis Abinader announced that the Dominican diaspora residing in New York and New Jersey will be able to travel to the country this Christmas paying a rate of no more than $ 500, as a result of the agreements reached by the Government with two airlines, and which will soon be extended to other places.

Abinader said that the 10 dollars they pay as tax would also be returned to them through the Reserve Bank. The agreement includes Sky Cana and Eastern Airlines, which will fly from John F. Kennedy and Newark airports to Santo Domingo and Santiago from December 21 to January 11, making at least 22 flights.

“For our government, the Dominican diaspora is a priority, and with this initiative, we will ensure that around 5,000 Dominicans can come to spend Christmas with their families without having to pay prices outside of the standards,” he said.

The announcement was made at a press conference held in the Las Cariátides Hall of the National Palace. The Minister of Tourism, David Collado, explained that the offer sponsored by the Government includes a free suitcase and a carry-on and a handpiece. Furthermore, the official thanked the airlines that have made this special treatment possible.

The Government also established a system to reimburse the 10 dollars through the Reserve Bank, through a link created by the General Directorate of Internal Taxes, which allows the traveler to withdraw it from ATMs.

“These flights will support the Dominican community abroad to facilitate their return to the country during the celebration of these festivities,” informed President Abinader.

“All this has been possible thanks to the work of the Tourism Cabinet of the Government of the Republic in collaboration with the airlines that have been willing to grant these benefits to absent Dominicans who want to return for Christmas,” he said.

Reactivation of the economy

The reactivation of the Dominican tourism industry has caused a high demand for flights from the United States to the country, and this has caused an increase in trip fees. The facility announced by President Abinader will make it easier for Dominicans who take advantage of Christmas to travel to the country to do so with less cost.

The diaspora contributes important foreign exchange to the Dominican State. In the months of January-November of this year, remittances totaled US $ 9,461.7 million, US $ 114.7 million more than in the same period of 2020, a year-on-year growth of 28.8%.

President Abinader affirmed that as a form of gratitude, and with the aim that we can get a little closer, it was that “we enabled those flights from New York to the Dominican Republic at special prices,” since to travel on this date from that city From the United States, available tickets range from $ 850 to $ 1,200.

Heart of the homeland

The president expressed that our commitment to the Dominicans absent today is reaffirmed and that those who are abroad “are the heart of the country that beats in the distance but has never left here.” Last November, shipments totaled US $ 786.6 million, US $ 229.5 million more than in that month of 2019, for 41.2%.

Life Both Inside And Outside The Resorts

Own Your Place On A Budget

Air Transat resumes its flights to Samaná with connection from Montreal 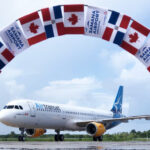 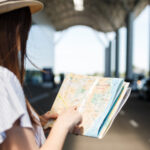 Why Is Everyone Coming to the Dominican Republic?