Las Terrenas, Samana.- Contributing to a greater tourism boost and as part of a series of infrastructure works announced by the Tourism Office for the northeastern bay, the Minister of Tourism, David Collado, presented to the community of Las Terrenas the design and planning of what it will be the new Pueblo de los Pescadores, destroyed by fire last year.

The presentation of the modern design is part of the second public hearing headed by Minister Collado with the main actors of life in this tourist town and its authorities in order to seek consensus for the needed work, a true symbol of the province of Samana.

The official thanked the donation of the design of the project by the architect Carlos Aguilar, from the renowned international firm VGA, and which in turn will be raised by the Committee of Infrastructure in Tourist Zones (CEIZTUR), given the approval by the community and the mayors present at the meeting.

In a telephone call to Minister Collado, and in the middle of the public hearing, President Luis Abinader, after greeting the meeting, maintained that since the fire that affected the Pueblo de los Pescadores occurred, he has been looking for a permanent solution and not a short-term solution. period in favor of its residents.

“Now we are going to achieve a permanent solution, with a design that not only returns the special characteristics that the Pueblo de los Pescadores had, but also provides greater protection in all areas,” said the president, through the telephone line.

Minister Collado announced that “immediately we are going to put out the tender to rebuild the Pueblo de los Pescadores, but with an agreement with the users, with the community, and forming a board of trustees for the care and proper use, maintenance, cleaning and safety measures. security in the environment.

“We will return to the municipality of Las Terrenas the historical symbol of the town of Los Pescadores with its own characteristics, but with a touch of modernity, because the residents of Samaná and the tourists who visit it deserve that and much more,” said the official.

The meeting, held in the amphitheater of Puerto Plaza “El Barco” in this tourist town, was attended by the president of the Association of Hotels and Tourism (ASONAHORES), Rafael Blanco Tejera; the senator for the province, Pedro Catrain; the governor, Teodora Mulli; the mayor of Las Terrenas, Eduardo Esteban, among other authorities.

The architect Aguilar explained the characteristics of the design of what will be the Pueblo de los Pescadores, giving priority to pedestrian and vehicular movement in the area, generating a public-urban space that expresses a concept of its own identity in each of the premises, streets and houses in the project,

According to Aguilar, a road space would be built with an “iconic and identifiable pavement” upon reaching the town, which reduces vehicular traffic and with views of the entire beach.

Barbershop Experience in the caribbean 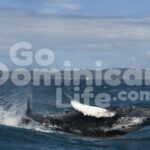 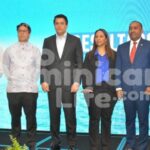 More than 600 thousand tourists visit the Dominican Republic in March