Santo Domingo.- Tourism again achieved record levels in April, reaching the arrival of 626,010 non-resident visitors, “which constitutes the best month of April in the history of the Dominican Republic.”

“The recovery of tourism is a reality. We did it again. The growth we achieved in April is unprecedented. It is the best April in the history of Dominican tourism,” said Minister Collado when presenting the numbers recorded by the industry last month.

Of that number of tourists, 60% arrived through the Punta Cana airport, 23% through Las Américas, 11% through Santiago, 5% through Puerto Plata and the remaining 2% through other air terminals.

Collado stated that the occupation by tourist zone has improved markedly in the different destinations of the country.

This increase is also registered in other destinations. Occupation in Samaná is 66%, 61% in Greater Santo Domingo, 60% in Puerto Plata and 55% in Santiago, among others.

Minister Collado also highlighted the increase in the arrival of cruise passengers in April, “which has a direct impact on the population where the ships arrive.”

He reported that in April 129,440 people visited the country by sea through the different ports that operate in Puerto Plata, La Romana and Samaná, among others.

“Something that we must highlight, in addition to these extraordinary numbers in April, is the satisfaction expressed by those who visit us,” said Collado.

He stated that more than 93% assured that they would vacation in the country again.

The official assured that he will continue working hand in hand with ASONAHORES and the other members of the Tourism Cabinet and predicted that this year will close with the historic number of more than 7,000,000 non-resident visitors.

Minister Collado recognized the joint work with the different tourism stakeholders in the private sector, who were represented by the National Association of Hotels and Tourism (ASONAHORES).

Beautiful and modern villas in the caribbean under US$300,000

No more rapid tests and PCR to enter the Dominican Republic 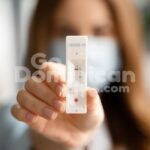 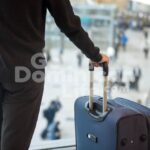