The ceremony was held in Montreal, Canada, during the Customer Experience Global Summit in association with Amadeus, recognizing 108 awards that have been won by 89 individual airports around the world.

The terminal’s Landside Operations director, Alberto Smith, received the awards on behalf of the airport from Elena Avila, Executive VP Airport IT and Airline Operations of Amadeus and Luis Felipe de Oliveiras, general director of the Airports Council International (ACI ), corresponding to the “Best Airport by Size and Region” in the category of 5 to 15 million passengers in the Caribbean and Latin America, and is also recognized with the “Best Hygiene Measures by Region” implemented for the prevention of Covid-19 .

“In the midst of the most challenging year in the history of our industry, the Airports Council International (ACI) ASQ Awards recognize members who have prioritized listening and responding to the voice of the customer; this has never been more important, ”said de Oliveira.

For the first time, the “Best Hygiene Measures by Region” award, won by 33 new terminals, provided airports with a reliable method to measure traveler responses to surveys on new health measures.

The Airport Service Quality Awards (ASQ) is the leading program for the comparative evaluation and measurement of traveler experiences at airports, assessing passenger satisfaction and with this new category recognizes how airports have responded to prevention measures against the Covid-19.

Punta Cana International Airport is the first airport in the Dominican Republic to achieve this recognition and maintain it for five consecutive years, establishing itself as one of the 10 main airports in Latin America and the most important in the insular Caribbean. 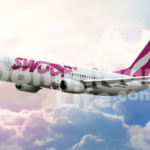 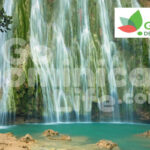 Samaná awarded among the Top 100 Sustainable Destinations of 2021