The British Government announced that it will remove from its red list of risky travel destinations due to coronavirus to the seven countries that it still had in that category: the Dominican Republic, Colombia, Peru, Panama, Haiti, Venezuela and Ecuador.

UK Transport Minister Grant Shapps stressed at the same time that he will not change the travel destination classification system for now and that he may add some territory to the red list in the future.

Starting next Monday, November 1, passengers from those seven countries will no longer have to stay for ten days in a hotel designated by the Government, a quarantine period for which each person had to pay 2,285 pounds (2,700 euros).

The ban that until now prevented entry to the United Kingdom from those destinations to people without British nationality or without a residence permit in the country will also be lifted.

“The reason we have now been able to remove these seven countries (from the list) is that we are no longer concerned about their particular variants” of coronavirus, Shapps told the BBC public network.

“We are prepared to re-add countries and territories if necessary,” said Shapps, who described the red list as the UK’s “first line of defense” against COVID-19 cases from abroad.

Travelers with a full vaccination schedule who come from one of the 135 countries from which the British Government recognizes their health documents can access the United Kingdom with the only requirement of undergoing an antigen test to detect COVID-19 upon arrival.

On the other hand, those over 18 years of age who are not fully vaccinated or who come from a territory where the vaccination certificate is not recognized must isolate themselves for ten days upon arrival, in a location chosen by them, and undergo three tests: one before you fly and two more in the days after your arrival.

Aerodom promotes the opening of flights from Turkey to Samaná 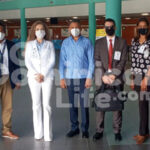 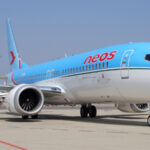 Italian airline Neos will offer more than 10,000 seats between Verona and La Romana