Dominican Airports Siglo XXI (Aerodom) received at the Prof. Juan Bosch terminal, in El Catey, Samaná, the ambassador of Turkey in the country, Yesim Kebapcioglu, together with the Commonwealth of said province as part of the continuous actions to promote the establishment of new routes and promote the destination.

Aerodom’s director of North airports, Carlos Rodoli, offered a tour of the airport terminal facilities, and highlighted the capabilities of the international airport.

“Turkey is a market with great potential for the Samaná destination, since the Dominican Republic is very popular among Turks thanks to the reality show Survivor that has been filming for years in the province, which generates a tourist flow of at least 50- 60 individual tourists and weekly groups who wish to visit the places of the well-known show”, indicated Rodoli.

Meanwhile, the Turkish ambassador to the country expressed her willingness to continue promoting the Samaná destination in her country, with the interest of promoting the establishment of direct flights to strengthen the relationship between the two countries, according to a statement.

Samaná awarded among the Top 100 Sustainable Destinations of 2021 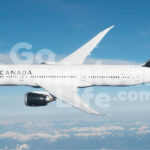 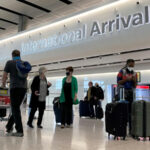