Valdez Albizu highlighted that this remarkable performance responds to the arrival of 3,547,143 travelers in January-June of this year, for an increase of 1,649,500 passengers (86.9%) in the first six months of 2022 compared to the same period of 2021.

Forex
Albizu said that, in terms of income from tourism, US$4,121.5 million entered the country in January-June 2022, exceeding the amount of US$4,082.9 million received in the same period of 2019, prior to the pandemic, as a reflection of the total recovery that the sector registered.

Jobs
The Governor of the Central Bank indicated that the preliminary estimates of the National Continuous Survey of the Workforce (ENCFT) for the April-June 2022 quarter showed that the total number of people employed in the economic activity of hotels, bars and restaurants reached 363,334 people, a level higher than the 337,386 net employed in the same period of 2019.

Leading destiny
Valdez Albizu considered that, despite the attacks that this industry has suffered worldwide due to the global health crisis and geopolitical conflicts, the Dominican Republic has remained the leading destination in terms of tourist arrivals and foreign exchange earnings for this concept of the Insular Caribbean region and Central America.

Semester
The arrival of non-resident passengers received in the month of July 2022, reaching the remarkable figure of 735,064 tourists, breaking a record as it was the best month of July in all history, according to data announced by the Minister of Tourism David Collado.

Modern House in a Residential by the Beach

Dominican Republic breaks records with the arrival of 644,861 foreigners in June 2022 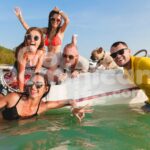 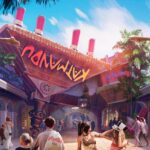