Santo Domingo, RD._ The President of the Dominican Republic, Luis Abinader, announced that in July of this year 2022 the construction of a cruise port in the Samaná province would begin.

The President sayd that the DR will host the Annual Conference of the Florida and Caribbean Cruise Association (FCCA, for its acronym in English), scheduled to take place from October 12 to 14 this year.

He also reiterated the materialization of another cruise port in Cabo Rojo, Pedernales and two other works that he did not specify, however, he emphasized that they are working on them.

“No one will regret coming to the Dominican Republic, DR is in style,” he said during his participation.

In this sense, Collado highlighted that in May of the current year in the Dominican ports, ten lines carried out 32 operations, of which 19 were cruise ships and 13 fertile, in which 82,199 cruise passengers arrived.

About Cruise Conference: It is recalled that this is the second time that the Conference of the Cruise Association of Florida and the Caribbean has been held in the DR, the largest cruise trade fair in the Caribbean, Mexico, Central, and South America, where more than 60 will participate. Cruise executives, including presidents and directors, top government leaders from more than 40 countries, and more than 500 representatives from around the world.

“DR is The Best Island in the Caribbean for Families and Friends”.

9 Movies Filmed in the Dominican Republic 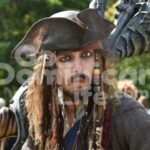 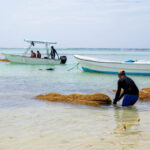